As a video gamer, your greatest asset is not quick reflex or superb hand-eye coordination, but your eyesight.  No one can’t imagine playing video games without being able to see. You should make sure that you are well-protected while playing your favorite games.  For every second in front of your digital display, may they be tablets, computer monitors, LED/LCD TVs, or mobile smartphones, you are exposing your eyes to both radiation and blue lights.  Both elements are cumulative, meaning longer exposure causes more damages. It is extremely important to limit your time in front of screens or wear protection.

Medical Mumble Jumble –  Why Should You Care As A Video Gamer? 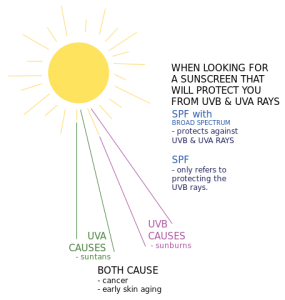 Here’s the low-down version. UV or ultra-violet lights are classified by their wavelength and into 3 general groups, UVA, UVB, and UVC.  Usually, we don’t get much of UVC because it’s blocked by earth’s ozone layer.  UVB is more damaging than UVA, it can cause burns and permanently alter your DNA, i.e. cancer.  UVA is more benign, it is what tanning beds use to give you a nice tan.  Both classes of ultra-violet rays are cumulative, which mean exposing to UV for prolonged periods is hazardous. UV affects the front part of your eyes, which is known to cause cataracts.  Here’s what Review Of Optometry stated in its report:

Then what about Blue Lights?  As a study done by Essilor and Paris Vision Institute in 2008, they have discovered that:

As a video gamer and especially in this day and age where everything including regular household light bulbs has been converted to LED (blue light emitting), you are facing compound exposures.  If you have the common sense of wearing sunglass out in the sun, then why not protect yourself indoors as well? 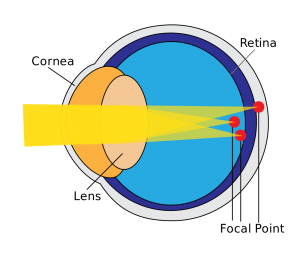 Here is a quick image of the eye.  UV targets the cornea and the lens whereas blue lights go all the way into your retina.  People who had cataract surgeries are affected more by UV lights because of the diminished function from the front part of the eye.

Here is what Review of Optometry said:

As baby boomers age, there’s an increasing incidence of cataract and macular degeneration cases in the United States. In 2012, there were approximately 24 million cases of cataracts in people aged 40+ the United States, which is a 19% increase from 2000 numbers. For macular degeneration, two million people aged 50+ had late AMD in 2012, which is a 25% increase from 2000. By the year 2050, the cataract population is going to hit 50 million, whereas AMD tops off at around 5 million, it’s estimated.

As gamers, we are more exposed to blue lights than UV.  Considering prolonged exposures from various devices commonly found in your home, it is extremely important to protect your eyes, as soon as possible.

Blue lights damage your eyes and are responsible for a number of discomforting conditions such as:

Not mentioning the silent effect of blinding you, by expediting up the process of AMD.  So what are you waiting for? 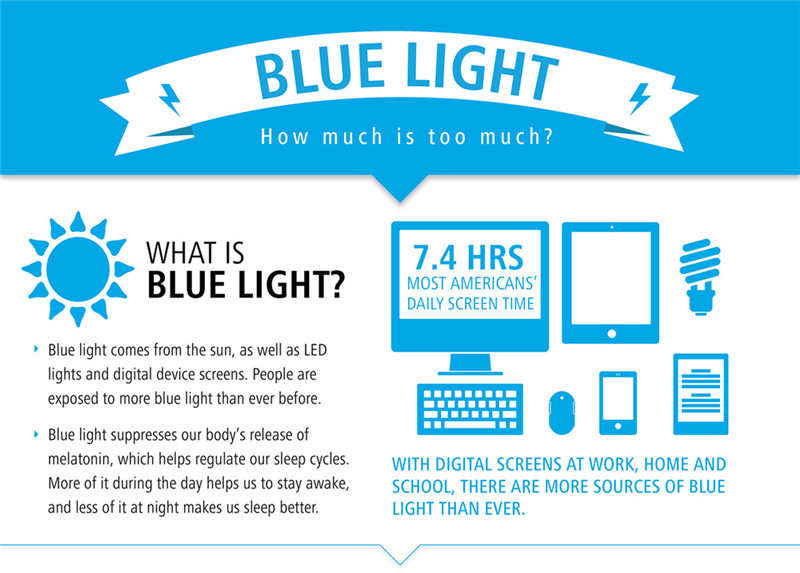 At GadgetStud, we carry a selection of specialized computer glasses (goggles) designed to block damaging blue lights and resist UV rays. They are both effective and stylish, not mentioning comfortable to wear. Make sure to check them out and can thank us later.

In conclusion, the choice is really up to you. But after doing my research for this article, I’ll never sit in front of my computer without putting on my computer glasses.  As a matter of fact, it is so comfy wearing these glasses that sometimes I don’t even notice that they are there.  So my advice? Get a pair of computer glasses today. 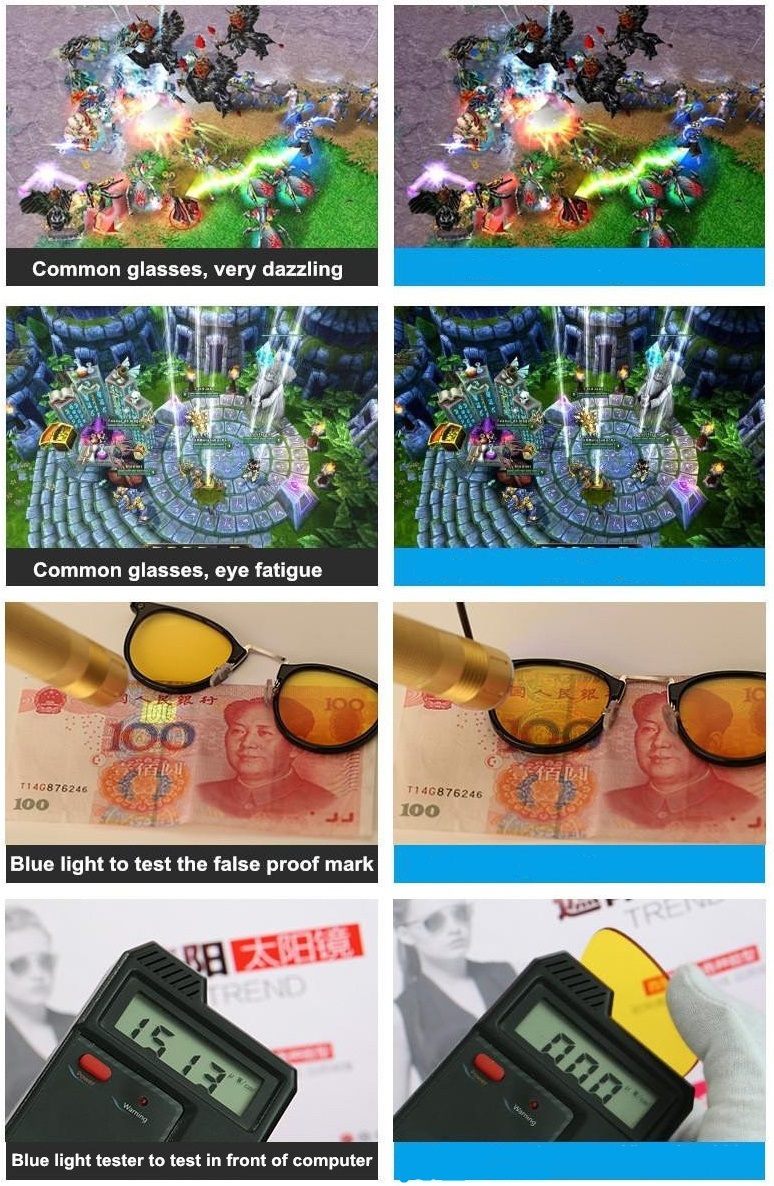 Web designer by day, gamer by night, enjoys the occasional walks on the beach. Dabbles in programming, excels in Counter-Strike and WOW. A true legend in any competitive video gaming (not proven, but highly suspected).

Enter your email below to receive discount codes and our specials.